Showing posts from July, 2011
Show all

No cars and no busses too to less affluent Sri Lankans 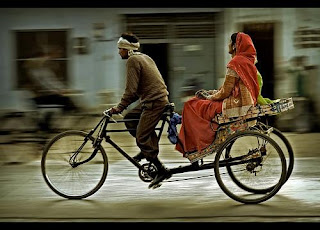 Sri Lanka government's new regulations regarding the vehicle import shows that the rulers are in need of making the car a luxury item that is restricted to affluent classes. A new directive stipulates that only cars less than two years old could be imported. This comes on top of the increase of the effective total tax rate for petrol cars with standard engines with capacities below 1,000 cc from 95 percent to 120 percent. These cars are the type that is affordable for most of the lower middle class people. The government increased the duty for poor man's trishaw also from 38 percent to 50 percent. Motor Traffic Chief B.D.L. Dharmapriya said to the Sunday Times that with per capita income increasing rapidly, the government might soon impose a total ban on the import of used vehicles. He said a similar policy was enforced in Singapore which no longer imported used vehicles. But does the increase of per capita income really show the development? Simply, it increases the
Post a Comment
Read more

The ‘hidden hand’ in the ‘Killing Fields of Sri Lanka’ exposed: It’s India

(Adopted from The Weekend Leader) The ‘hidden hand’ in the ‘Killing Fields of Sri Lanka’ exposed: It’s India   By M G Devasahayam   Chennai 17 Jul 2011 Posted 15-Jul-2011 Vol 2 Issue 28 The air has been full with the "Killing Fields of Sri Lanka", the Channel 4 documentary. The visuals showed naked Tamil prisoners shot in the head, dead bodies of naked women who had been raped and dumped on a truck and other atrocities committed by the Sri Lankan armed forces in the final moments of the brutal civil war. World has never seen such barbarian brutality. Anyone who saw the documentary was numb with disbelief. The authenticity of the footage has been confirmed by a forensic pathologist, forensic video analyst, firearms evidence expert and a forensic video expert of international repute and the images are horrific. Meaningful silence : While worldwide protests have condemned Sri Lanka’s atrocities against Tamil minorities, India has maintained silence giving the im
Post a Comment
Read more

The flags have been waved, the anthem has been sung, and the new currency will be in circulation next week: the Republic of South Sudan has been launched, and is off to who knows where? Perdition, probably, for it is a “pre-failed state,” condemned by its extreme poverty, 15 percent literacy and bitter ethnic rivalries to more decades of violence and misery. But what about the country it leaves behind? It’s telling that there is a South Sudan, but no North Sudan. What’s left is still just Sudan. It’s still the second-biggest country in Africa, and it still has four-fifths of the people it had before the south broke away. But it has lost a big chunk of its income: almost three-quarters of the old united country’s oil was in the south. It’s also an Arab country run by a leader who has been in power for 22 years. So we know what comes next, don’t we? President Bashir seized power in a military coup in 1989, and he is the first serving head of state to be indicted by the Internationa
Post a Comment
Read more 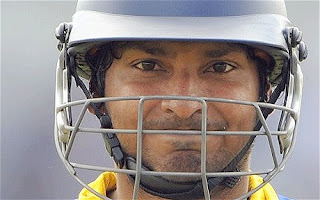 Sri Lanka Cricket announced that the Minister of Sports Mahindananda Aluthgamage directed the new Chairman of Sri Lanka Cricket Interim Committee Jayantha Dharmadasa to express his views on the content of ex-captain Kumara Sangakkara's 2011 MCC Spirit of Cricket Cowdrey Lecture. The Minister has directed the Sri Lanka Cricket interim Chairman to look into if Sangakkara's criticism on the Sri Lanka cricket administration amounted breach of sports law of the country. Stating "In Sri Lanka, cricket and politics have been synonymous", Sangakkara went on to say "After 1996 the cricket board has been controlled and administered by a handful of well-meaning individuals either personally or by proxy rotated in and out depending on appointment or election. Unfortunately to consolidate and perpetuate their power they opened the door of the administration to partisan cronies that would lead to corruption and wonton waste of cricket board finances and resources. "
Post a Comment
Read more

The following report signals that the conflict between Sri Lanka and India over the fishing activities in the Palk Straits have reached to a decisive point. Reacting strongly to incidents of Indian fishermen being detained by Sri Lankan Navy, India today said a senior official of the External Affairs Ministry will soon visit the island nation to resolve the issues as such acts ''cannot go on''. "I think this cannot go on like this. I think we will have to come to some firm understanding with the government of Sri Lanka," Krishna told mediapersons here. His comments came after reports that Sri Lankan Navy detained 14 fishermen from Tamil Nadu for allegedly fishing in their waters earlier in the day. They, however, freed the fishermen hours later on sighting an Indian Navy vessel near the International Maritime Boundary Line. Krishna said he will be deputing an MEA Joint Secretary to go to Sri Lanka and "prepare some kind of a ground so that such un
Post a Comment
Read more
More posts