North Central Provincial Council of Sri Lanka has planned to hold clinics in October at village level to identify the patients with kidney diseases.

Minister of Health of North Central Provincial Council Peshala Jayarathna says that the number of unidentified kidney patients in the Province can be over 100,000.

The number of identified patients with kidney diseases in the Province is over 8000. The Minister said that the people were reluctant to come to the clinics.

The Provincial health authorities have also planned to give opportunity to the public to voluntarily produce themselves for tests regarding kidney diseases.

The cause for the kidney disease in the North Central Province is still bizarre since various groups of researchers have cited various reasons. Recently, a group of academics led by extremist Sinhala Buddhist  nationalist Nalin de Silva caused controversy in the society by stating that they had found through super natural powers the cause as arsenic content in water.

Networked solar power project to be commissioned in Sri Lanka 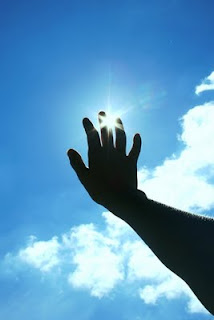 Sri Lanka's first networked solar power project located in Gannoruwa in Hambanthota district is to be commissioned officially on August 08.

The Ministry of Power and Energy says that the project will generate 500 kilowatt.

The Gannoruwa solar power plant is a part of the solar power project of Hambanthota district. The Japanese government also provides assistance to the project.

The entire project will add over 700 kilowatts to the national grid.

The headquarters located in Gampaha town is expected to benefit the UPFA members of the Gampaha district.

It was built according to a concept of the Gampaha district chief organizer Basil Rajapaksa, the younger brother of the President and the Minister of Economic Development. The building is a symbol of his power and ambitions.

Speaker Chamal Rajapaksa laid foundation stone for the construction of the building on November 01, 2010.
The UPFA headquarters of Gampaha district is the first district headquarters building of the ruling coalition.

The non-academic staff of the universities of Sri Lanka launched a protest demonstration before the Ministry of Higher Education yesterday demanding the removal of salary anomalies.

The protest demonstration organized by the Inter University Non-academic Staff Federation was held during the lunch interval. The protestors dispered after the lunch hour peacefully.

Later, the Ministry of Higher Education had a discussion with the trade union representatives of the non-academic staff. The employees gave time until August 10 to solve the problem, a trade union activist said.

The elections of 23 local government bodies of Sri Lanka that were postponed due to the cricket World Cup and other reasons are to be held on or before October 17, the Election Secretariat says.

The nominations for the elections are to be called between August 18 and 25. The gazette regarding the call of nominations is now released.

The term of these councils was to end on March 31 this year but postponed to December 31 under emergency regulations.

Colombo Municipal Council is one of these local government authorities and it was reinstated this week from the control of the Special Commissioner.

There are 17 Municipal Councils and one Urban Council among the local government bodies the elections are held.

Still, the Election Commissioner is undecided if the elections of Puthukudiirippu and Weralabadapattu will be able to be held. The elections of these councils were postponed due to de-mining.

Accordingly, he is to return to Sri Lanka today. He was expected to stay in UK until August 04.
The urgent return of the UNP leader is due to the developments in his party against his leadership. UNP Deputy Leader Karu Jayasuriya has agreed to accept the party leadership on the invitation of the other deputy leader Sajith Premadasa who openly fought against Wickramasinghe's leadership.

Meanwhile, Karu Jayasuriya who was in India and who was to stay there until August 05 is also to return romorrow to the island, UNP sources say.

Meanwhile, one Sinhala newspaper The Divaina reported today that the UNP leadership had planned to initiate disciplinary action against three MPs representing Southern and Western Province districts. The reporter famous for reporting internal politics of the UNP did not divulge the names of the MPs.