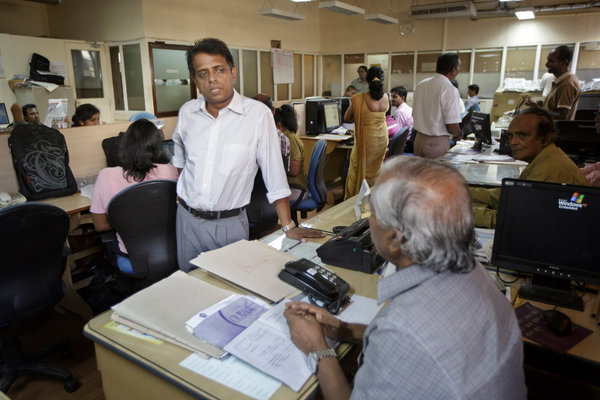 This New York Times article is impressive. Rajpal Abenayake is one of the few really professional journalists of this country. What he says is highly important despite his present day extreme partiality towards the government which goes so deep to name the journalist accused of killed by the government as terrorists using journalism as a cover. The statement at least admits the responsibility of the assassinations.

Actually, the government too has a logic behind its acts although some of them lack democratic values. For instance, Rajpal said that those who had fled the country were either working as agents of the countries they fled to or were looking for free tickets out. “They are economic migrants,” he said, “just like these people who get on boats to Australia.”

He seems not to have worries about his selection to be a pro-government media handler. “All journalists to a very great extent are forced to toe a certain line,” he said. “In the end, you gravitate to a place where the management views are in consonance with yours. And I have gravitated to that place.”

But what Dilrukshi Handunnetti says is also true. “You really cannot question them,” said Dilrukshi Handunnetti, the senior deputy editor of Ceylon Today. “It’s just not allowed. You are expected to stay forever grateful that they delivered us from war.” Ms. Handunnetti described Sri Lankan journalism, including her own newspaper, as “a collective lame duck.”
at October 23, 2013 No comments:

INFOTEL website is not Enhancing Lives as the theme tells

I happened to come across the website of the INFOTEL exhibition.

INFOTEL , organized by the Federation of Information Technology Industry Sri Lanka (FITIS) will be held from October 24th to 27th at the Sri Lanka Exhibition and Convention Center (SLECC). The theme of the exhibition this year is Enhancing Lives. This is the 12th edition of INFOTEL.

A website of a similar exhibition should be an excellent provider of information. But INFOTEL website lacks it. Navigation is so poor that Read More links take you to almost empty pages.

We shall email this article to the organizing committee and wait and see for their responses.
at October 22, 2013 No comments:

The meeting was held this morning but the information regarding the discussion was yet to be released to media by either of the parties.

Meanwhile, the TNA announced today that the Northern Provincial Council Chief Minister C.V. Vigneswaran would swear in before the President on October 07.

The councilors of the Northern Provincial Council will take oaths before the Chief Minister and the parliamentarian R. Sambanthan on October 11, TNA media spokesman Suresh Premachandran said.
at October 04, 2013 No comments: