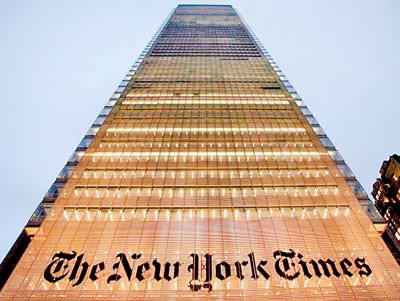 New York Times has published an Editorial on Sri Lanka's latest and bloodiest communal violence in the recent past that took place in Beruwala and Matugama electorates against Muslims. Read the New York Times editorial here.

The editorial identifies the ultranationalist Bodu Bala Sena as a force linked to the governing Rajapaksa family and the security forces.

The editorial perhaps said this with tongue in the cheek. "Among other things, the violence threatens Sri Lanka’s recovering tourism industry and business development directly tied to members of his family."

"Mr. Rajapaksa’s statements on Monday directing the police to act against any individual or group fomenting ethnic or religious hatred are welcome. But the president did not repudiate the Bodu Bala Sena by name. He should move immediately to allow the independent investigation called for by the United Nations; accept the technical assistance offered by the council to address human rights concerns; and put in place the recommendations of Sri Lanka’s own Lessons Learnt and Reconciliation Commission for dealing with the aftermath of the civil war," the editorial further said.
at June 27, 2014 No comments:

Hail Gotabhaya Rajapaksa, but prevention is better than cure 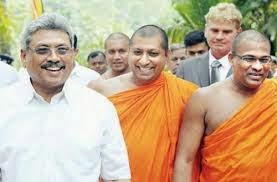 Today's The Island newspaper reported in its lead news that the government had decided to rebuild the property in Beruwala electorate damaged in communal violence mid June.

According to reports, the government has allocated Rs. 200 million public money for this and Army is to provide labor free of charge.

Yesterday's reports said that the Army had already stationed in Aluthgama to start work today.

Here are some interesting excerpts from The Island story:

"Racial violence would only strengthen the hands of those conspirators who had been pushing for war crimes probe targeting the country, he added.

Anyone with an iota of love for the country, wouldn’t attack another community, the Defence Secretary said..................


In fact, the Defense Secretaries views are laudable although they came late. He must know that the racists that incited communal disharmony at Aluthgama have used his name to cover. Media alleged that the Defense Secretary was behind them. Be it right or wrong, the Bodu Bala Sena manipulates it for its safety. No action seems pending against the organization despite loads of complaints against it about hate speech and violence.

Ruling a country is not only trying to remedy the problems after they worsened, perhaps thanks to pressure. Wise politicians stem problems at the root. Prevention is better than cure.

The Rs. 200 million hard earned public money could be used to improve infrastructure in these areas if mobs had failed. Unfortunately, the racists were successful.
at June 27, 2014 No comments: 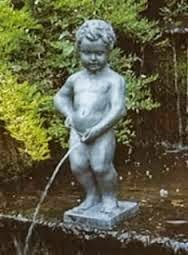 In  press conference held yesterday but not covered widely by the local media, Ven. Galagodaaththe Gnanasara Thero, the secretary of Sri Lanka's Buddhist extremist Bodu Bala Sena (BBS) said that they had stopped and urged the Muslim extremists also to stop.

He demanded the Sinhala Buddhists not to be misled by rumors since the clashes only benefited the elements that are against the nation.

The vociferous Buddhist monk rejected BBS having any connections with communal violence in Beruwala electorate and other places and said that the controversial rally in Aluthgama town was not organized by them but the Shasanarakshaka Balamandala of the area.

He pointed out that he used psychological tactics in his fiery speech and at the tail end of it urged the people to disperse and not to demonstrate across Dharga Town.

But in his speech, Gnanasara Thero says the Moors would see their end if they set their hands on any Sinhalese and the shops in the are would be vandalized.

Gnanasara Thero rejected allegations that the BBS was handled by Defense Secretary Gotabhaya Rajapaksa. He said the BBS had not carried out anybody's contracts.

Meanwhile, police spokesman SSP Ajith Rohana said that the police would not grant permission to hold rallies that incite racial or religious hatred.

He said that the intelligence wings would be deployed to study the meetings and the organizers of such rallies would be dealt legally.

Meanwhile, the police spokesman further said that the police that is investigating the burning of Nolimit fashion store in Panadura has found a hard disk in which the recordings of CCTV cameras are recorded.

The hard disk has been sent to Moratuwa University for recovering files. Police said that the premises had had 24 CCTV cameras around it.

In another turn of events anti-Bodu Bala Sena Buddhist monk Watareka Vijitha Thero was accused of committing the injuries to himself to show that he was abducted and tortured.

The monk was found several days ago fallen near a river in Panadura area with minor injuries in the private areas of his body, hands and legs bound with pieces of his own robe.

The Buddhist monk was admitted to national hospital and the police investigated the incident. Judicial Medical examinations have proved that the monk had inflicted injuries to himself with a key.

SSP Ajith Rohana said that the monk had obtained the services of one of his cousins to have him transported to the place where he was found fallen.

The cousin has admitted that he transported the Thero into that area on the request of the monk.

The police spokesman said that the monk would be produced in court and sued over lodging a false complaint.
at June 22, 2014 No comments:

I visited the Nolimit fashion store in Panadura two months ago. It was a beautiful and cosy place. I thought the sophisticated shop could be another high priced premise but it was not so much like that. I bought a nice and unique leather belt from them for Rs. 1200.

A friend of mine that lives in Panadura told me that the other clothing businessman were jealous of Nolimit since it attracted the city fashion goers with its ultra modern facilities like ample parking space and electric elevators. I have never stopped in Panadura to by clothes before Nolimit was opened and definitely it attracted visitors from outside.

However, this Nolimit fashion store was set ablaze early hours this morning. The reason is nothing but it belonged to Muslims. Buddhist terrorists are suspected for the carnage. The government will not act against them as it has not acted so far.

Unlike the comparatively smaller businesses in Dharga Town, this network of clothing stores must be insured. Who owns the insurance company? Are they too Muslims? 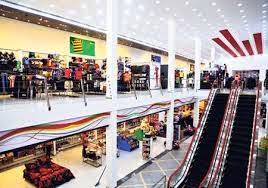 Reports say that two shops and a van was set fire in Muslim dominated Dharga Town. Police curfew has been imposed in the Beruwala and Aluthgama police areas.

A tense situation prevailed in the area since three days as a Muslim man allegedly attacked a Buddhist monk. The Sinhalese Buddhists of Aluthgama town protested the police blocking Galle Road two days ago for failing to arrest the persons who assaulted the monk. Police later arrested the suspects and remanded them.

On June 15,  Buddhist extremist Bodu Bala Sena (BBS) held a rally at Aluthgama town. Ground reports said that they had planned to demonstrate across Dharga Town upto the temple of the monk who was attacked. Muslims are accused of pelting stones at the motorcade.

When we visited the area in the evening today, police and Special Task Force were guarding the Muslim town. Muslim shops in Dharga town were closed. large number of people had gathered in the mosque. The gates of the mosque were locked and police were guarding the main road in the town. Buddhists had decorated the road to the temple of the attacked monk at a corner of the town with Buddhist flags. Ground reports said that the BBS had planned to hold a demonstration across Dharga town taking the attacked monk in a procession to the temple he resided after the rally held in Aluthgama town.

Addressing the cheering crowd in the tension-stricken town, the monk said that if a moor set hand on any Sinhalese, not Buddhist monks, it would be the end of all the moors.

He publicly exclaimed that he was a racist and religious extremist.

He questioned why the police was providing so much security to Dharga Town and said that the police and Army of Sri Lanka were still Sinhala. He said pointing the guns to them was wrong.

The monk also blamed some Ministers who criticized them as racists and named them as toilet washers.

He pointed out he had made aware even the President regarding the problems the Sinhalese were facing but for no avail.

The monks speech is on You Tube and can be viewed below.

Communal violence caused carnage in Muslim dominated Dharga Town after this rally.
at June 16, 2014 No comments: 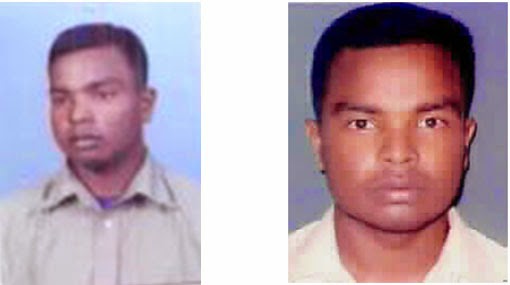 Sri Lanka police media spokesman SSP Ajith Rohana said that police is on the look out for a former cadre of the defunct Liberation Tigers of Tamil Ealam (LTTE) under suspicion of possessing explosives.

Police released photos of the wanted man who has been identified as Gunasekara Mudiyanselage Nilanka Jude Antony a.k.a. Cyril Nilangam Jude Antony who used the pseudonym ‘Villango’ in the LTTE.

This person who is believed an explosive expert of the LTTE is believed to have knowledge on the places the LTTE had buried its explosives.

Police media spokesman said that a police team had arrested a person on June 04 in Madu area ho was possessing around 15 kilograms of explosives. He has revealed about Villango the wanted suspect.

They have reportedly unearthed the explosives buried by LTTE and sold them to the fishermen to use illegally in fishing.

The youth in northern Sri Lanka find it difficult to find employment, as Jathika Hela Urumaya MP Athuraliye Rathana Thero said in a newspaper interview with Ceylon Today compared to southern parts of the country.

Villango can be subjected to summary killing or being shot dead when he attempted to attack police during a search operation for hidden explosives, as it normally happens in Sri Lanka.

Interestingly, the suspect has a Sinhala name.