Showing posts from January, 2015
Show all

Was the people's struggle betrayed? 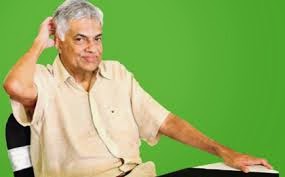 Sources say that Ranil Wickramasinghe has cut a deal with Mahinda Rajapaksha early morning on January 09th for a 'peaceful transition.' It is the government not taking action against Mahinda regime's corruptions and the opposition United People's Freedom Alliance (UPFA) guaranteeing parliamentary majority support to Ranil in return. It is true that the parliamentary majority support is a must for the 100 day programme. But, should it be at such great cost? You are paying with people's interests of punishing the corrupt politicians so as such malpractices may not recur in future. President Maithreepala and Chandrika must work to muster support of the Sri Lanka Freedom Party (SLFP) instead of this kind of deals. Meanwhile, there is plan to appoint Mahinda as MP to replace Malini Fonseka. The next step is appointing him as Prime Minister to upset the government. We said earlier that Ranil is having a dinner party with table manners with a savage and end up
Post a Comment
Read more

We defeated Mahinda but Maithree pissed Somarathna on us 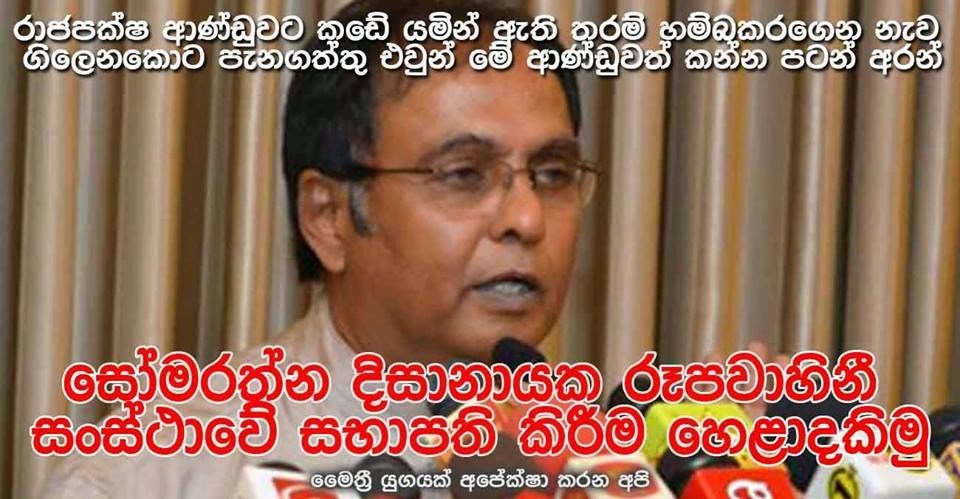 We defeated Mahinda. 'We' means social media here. It was one of the major factors of his defeat although none of the present government has identified it and thanked us. It was hard work, lots of bytes and biting. There are so many other 'we's in almost all the households of the island who can claim for Maithree's victory. So many people took the pain of converting people and keeping up their morale. It was not easy. We elected Maithreepala Sirisena as President. He said he would not contest again. Thanks. He does not want to show up too much. Do your job and retire. We are ahead of the 100 day programme. But I have serious doubts of the good governance now. Somarathna Disanayaka has been appointed as the Chairman of national television. Why not Dharmasiri Bandaranayaka or Prasanna Vithanage? No. They will not beg for positions. Somarathna and his likes know too well to appease the bigwigs. They know how to kneel down and beg. Nothing to do dear. There must
Post a Comment
Read more
More posts