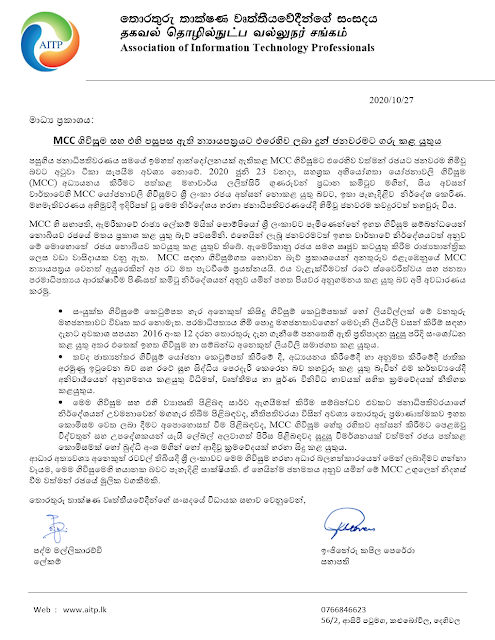 Sri Lanka Association of Information Technology Professionals (AITP), issuing a press release urged the government to reject the Millenium Challenge Corporation (MCC) pushed forward by the US for Sri Lanka to accept during the talks with the US State Secretary Mike Pompeo.

AITP said that the report of the committee led by Dr. Lalithasiri Gunaruwan who was appointed to study the MCC had recommended not to sign the agreement.

AITP highlighted that the recommendation of the committee had been endorsed by people through the landslide victory offered to the government at the election held following the issue of the report.