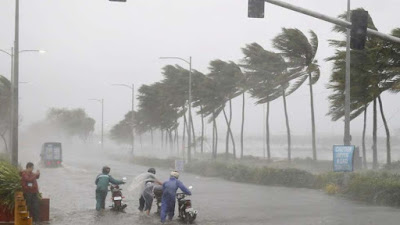 Under the influence of the potential cyclone Burevi, widespread rainfall is forecast across Sri Lanka, Tamil Nadu, South Andhra Pradesh and Kerala between Tuesday and Friday with a likelihood of isolated extremely heavy rainfall on Wednesday and Thursday.

Indian Meteorological Department forecast very heavy rains across Tamil Nadu and Kerala. While both the states have been kept under a ‘red warning’ by the IMD for Thursday, an ‘orange alert’ is also in place from Tuesday to Friday.

"The IMD’s red warning urges residents and authorities to take action, while an orange alert recommends residents to ‘be prepared’. In particular, the districts of Kanyakumari, Tirunelveli, Thoothukudi, Tenkasi, Ramanathapuram and Sivaganaga from Tamil Nadu and Thiruvananthapuram, Kollam, Pathanamthitta and Alappuzha from Kerala are under a red warning for Wednesday and Thursday," reported weather.com.