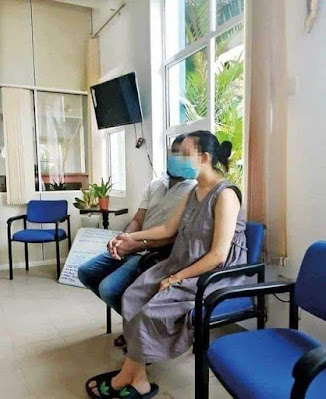 A 24-year old Sri Lankan who was suspected of trafficking a Japanese girl was released on bail by Negambo Magistrate Court of Sri Lanka.

The man was arrested based on a complaint by the mother of the Japanese girl. The Embassy of Japan in Sri Lanka also involved in the case. However, K.C. Pathirana the counsel appearing for the plaintiff said that the mother would consent for the man to marry the girl.

Waruna Weerasuriya, the counsel who appeared for the suspect said the girl told to Kochchikade police that she had been raped twice by her step-father with the connivance of her mother. The lawyer said that the Japanese language sworn translator had ignored the translation of that part to police and demanded an investigation on that matter.

The girl continues to be held under the probationary custody. She is five-month pregnant and under Sri Lanka's law sex with minors below 16 years of age even with consent is considered statutory rape. The offence will result in a ten-year mandatory sentence and a fine against the rapist.

The Sri Lankan man who migrated into Japan under student visa had started the affair while he was working in the girl's house as a temporary worker. He returned to Sri Lanka with the Japanese girl five months ago.