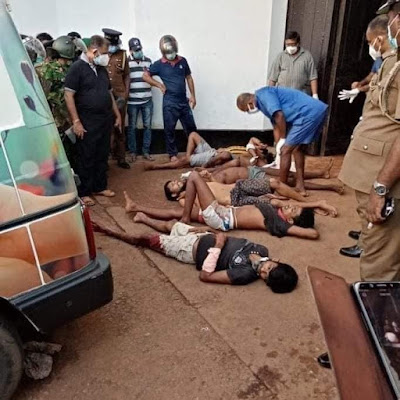 Amnesty International said issuing a statement on killing of prisoners in Sri Lanka that prison authorities should ensure an end to the use of unlawful and excessive force against prisoners agitating against their detention conditions during the outbreak of COVID-19 within prisons. "Ensure that force is only ever used against prisoners where it is strictly necessary and proportionate to a legitimate objective," the statement said.
"The incident at Mahara Prison Complex is the third time this year that lethal force has been used against prison inmates in Sri Lanka since the outbreak of COVID-19 in the country. In March, two prisoners were killed and several others injured in Anuradhapura prison in North Central Province, following a protest related to COVID-19. On 18 November, a prisoner was shot dead while trying to escape from Bogambara Prison in Central Province, where more than 100 inmates had tested positive for COVID-19," the statement further said.
Prisons Commissioner of Sri Lanka Thushara Upuldeniya said to media that nine of the 11 prisoners killed in Mahara prison had been COVID-19 positive. The reports of the PCR tests conducted on the dead bodies revealed this and the reports of the other two deceased are to be received. The unrest in Mahara prison started with the demand of the prisoners to conduct PCR tests and to treat the patients.

Sri Lanka's prisons are about three-fold overcrowded and the remanded prisoners in many prisons agitate demanding bail, PCR tests and quarantine. The COVID-19 cluster in prisons has exceeded 1,000 now but the number of PCR tests is still low.

The prison authorities say that prisoners in Mahara rioted, attempted to escape, set ablaze the record room and other buildings, took two officials hostage and the prison officers shot at the prisoners to control them.

Wives, mothers, children, siblings and other relatives of the prisoners were seen weeping near the prison and Ragama hospital pleading police and other officials to inform them of the plight of their loved ones.

Some women were shown on television channels begging the authorities to stop shooting the prisoners. In one scene, a video showed the shock of a young mother carrying a baby when she heard police announced the death of her husband.

The slain prisoners are not convicted and they are only suspects. 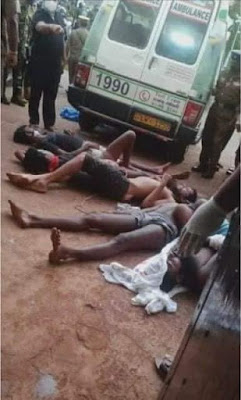 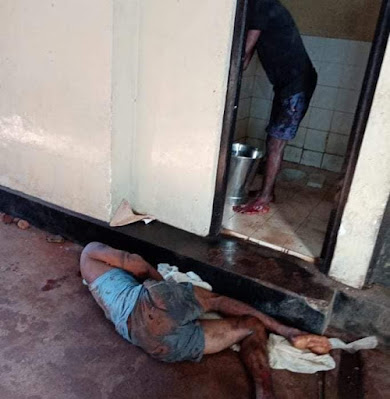