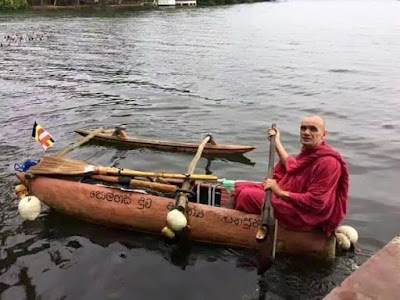 The death of a Dutch Buddhist monk in Sri Lanka has caused controversy as the head of the sect deceased the monk belonged issued a press statement highlighting the death was a suicide. The press statement was issued by Thirikunamale Ananda Maha Thero, the Prelate of Amarapura Sri Dharmarakshitha Sect.
The Chief Prelate said that the death of the monk could be suicide and asked media not to highlight it as a homicide. The temple the monk stayed belong to the sect and the temple the Chief Prelate resides.
However, the post-mortem was conducted on December 10th by Dr. Janaki Warshahennadi, the Judicial Medical Specialist of Karapitiya Teaching Hospital of Galle. The verdict did not verify the death was a suicide and directed police to investigate further.
Three police teams of Sri Lanka are investigating the death of a Dutch national Buddhist monk who was meditating in a Theravada Buddhist monastery in Sri Lanka. The death was initially suspected murder.

The dead body of the Netherlands national Buddhist monk was found on December 08, 2020, from a lagoon in Rathgama in Galle district of Sri Lanka.

The 59 years old Buddhist monk known as Ven. Jinawansa had dedicated life for meditation. He has been living in Katudampe Polgasduwa forest monastery in Rathgama in Galle district since 2011 under visa renewed yearly. The monk used a canoe to come to the village for begging alms. His empty wooden canoe was first found floating on the lagoon.

The monk's body was found dumped in the lagoon tied to heavy rocks. Sri Lanka Police suspected the late priest might have been murdered elsewhere and drowned in the lagoon. Three police teams are investigating the incident. He was missing since December 05, 2020. 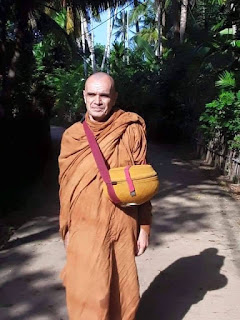