Sri Lanka records the highest number of elephant deaths in 2019 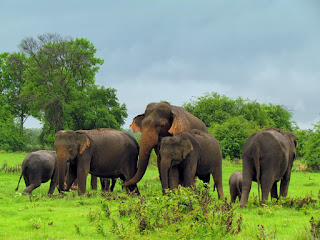 It was revealed at Sri Lanka parliament's Committee of Public Accounts (COPA) meeting held last week that the country recorded the highest number of elephant deaths in the recent history in 2019. Accordingly, 407 elephants died in 2019 far ahead of the annual average before that which was little above 200. The vast majority of the elephant deaths are killings.

Sri Lanka has around 4,200 kilometres of fences that block the elephants roaming into human settlements. However, residents in relevant areas say they are not properly maintained. Also, the traditional forest land is encroached by farmers and politically-backed unscrupulous racketeers causing the elephants to lose their habitat. They invade the cultivations by farmers who use firearms and explosive material to chase them away. Most of the deaths of elephants occur due to gunshot injuries.