What is UNHRC resolution 46/1 on Sri Lanka? 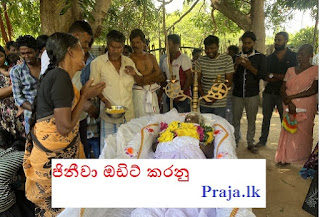 The resolution titled ‘Promoting reconciliation, accountability and human rights in Sri Lanka' boosts the powers of the office of the UN High Commissioner for Human Rights with a view to future prosecutions.

22 countries voted in favour of the text, 11 opposed and 14 abstained, including India and Nepal. Most Muslim majority countries also abstained while Pakistan, Bangladesh and Uzbekistan voted against the motion.

Human Rights Council expresses its "deep concern" at the “deteriorating situation" in Sri Lanka through this resolution. UNHRC further criticized the erosion of judicial independence, marginalisation of minorities and impunity.

The resolution called on the Sri Lankan government to revise the Prevention of Terrorism Act (PTA). Any legislation on combating terrorism must comply fully with the State's international human rights and humanitarian law obligations.

According to the resolution, the Office of the High Commissioner for Human Rights (OHCHR) is expected to enhance its monitoring and reporting on the situation of human rights in Sri Lanka. The supposed measures include progress in reconciliation and accountability.

The High Commissioner on Human Rights is assigned by the resolution to present an oral update to the Human Rights Council at its 41st session. A written update must be made at the 49th session and a comprehensive report that includes further options for advancing accountability must be presented at the 51st session.

The resolution calls upon the Government of Sri Lanka to protect civil society actors, including human rights defenders. The government must investigate any attacks and ensure a safe and enabling environment in which civil society can operate free from hindrance, surveillance, insecurity and threat of reprisals.

The resolution also urges the Government of Sri Lanka to foster freedom of religion or belief and pluralism by promoting the ability of all religious communities to manifest their religion and to contribute openly and on an equal footing to society.