2,869 new cases and 14 deaths during the curfew week in Sri Lanka 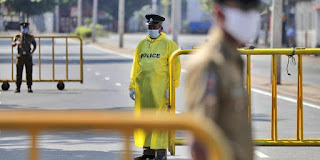 Sri Lanka recorded a steady increase of COVID-19 cases and deaths within the past week. 2,869 cases were reported during the period between November 2 and 8 while 14 deaths occurred during this period.

Meanwhile, 3,382 persons were reported recovered during the period between November 2 and 8.

However, during the week's period immediately before that (October 26 to November 1) 3,188 cases were reported. Recoveries during the same period were 1,102. Five deaths occurred during this period.