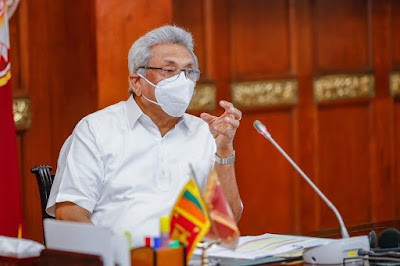 Sri Lanka government sources say that plans are underway to remove the curfew imposed in parts of the island and to reopen the country with strict quarantine regulations.

Meanwhile, government sources said that President Gotabaya Rajapaksa had been against the quarantine curfews imposed in parts of the country. However, the curfew had been approved by him because of the pressure mainly from the health officials. Sources say that the health officials are still pressurising the President to impose a countrywide curfew. The powerful Government Medical Officers' Association (GMOA) that represents the needs of the doctors is also pressurising the government to impose a curfew.

President Gotabaya Rajapaksa tweeted, "Everyone including President, ministers, health staff and people must understand the status of economy of the people who lives on daily wages and businesses. We cannot afford to close down the country anticipating a cure for COVID-19 would be discovered."

At the meeting of the Task for Prevention of COVID-19 yesterday President Gotabaya Rajapaksa spoke against curfews and his speech was released to media. The President highlighted that the public and private sector employees who had regular salaries could bear the brunt of the lockdowns until a cure is discovered but the daily wage earners were in extreme difficulty.

Sources say that the government is now considering the regulations to be imposed while the country will remain open.