The Buddhist clergy urged the government to consult a committee comprised of experts including epidemiologists and religious leaders and take an urgent decision.

Further, the Inter-Religion Relations Subcommittee requested to give permission to bury the dead bodies under a concrete layer or any other suitable manner so that the virus is not leaked into the groundwater.

The letter mentioned that the issue would create unrest among Muslims of the country and the government would be embarassed. 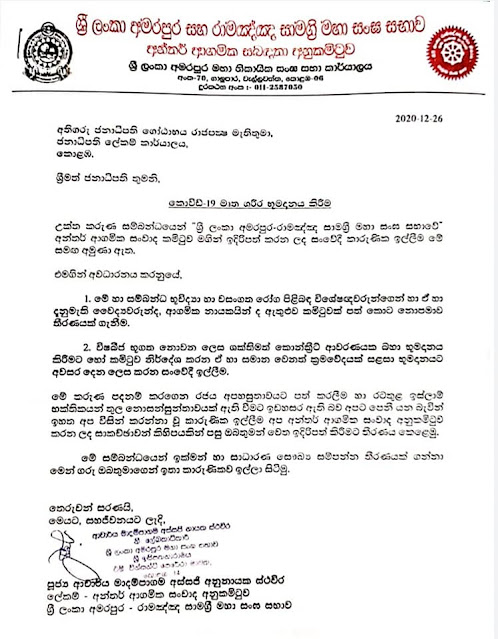