India Meteorological Department (IMD) says a well-marked but inconsequential low-pressure area over the South-West Arabian Sea is expected to become a depression by Sunday, November 22.

This depression is forecast to move in a typical West-North-West direction towards the coast of Sri Lanka and Tamil Nadu during the subsequent days, the IMD outlook said.

"A low-pressure area has formed over southeast Bay of Bengal(2N-10N,83E-93E) and it is expected to intensify further into a depression during next 24-48 hours. It is likely to move west-northwestwards towards Eastern and Northern coast of Srilanka on 24th of November. Showers or thundershowers will occur at times in Eastern, Northern, North-central and Uva provinces and in Hambanthota district. Showers or thundershowers will occur at few places in the Central and Sabaragamuwa provinces and in Kaluthara, Galle and Mathara districts after 2.00 p.m. Fairly heavy showers above 75mm can be expected at some places in the above area. The general public is kindly requested to take adequate precautions to minimize damages caused by temporary localized strong winds and lightning during thundershowers."

King Mahasen of past 'Sri Lanka' and cycone Mahasen 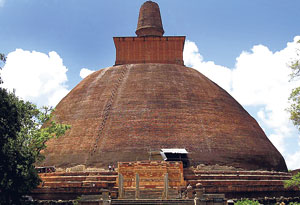 Sri Lanka government is in another blunder as the Sri Lanka Meteorological Department apologized for naming a cyclone after an ancient king called Mahasen.

Meteorological Department announced that the name Mahasen would not be further used for the turbulence. However, S.R. Jayasekara, a director in charge of weather forecasting defended the name pointing out that the name was suitable since cyclones rendered a service by taking away the heat from the tropical areas and causing rain to provide water for cultivation.

The officials of the Meteorological Department surrendered to the Sinhala Buddhist extremist organization Ravana Power which protested the manipulation of of the past to name this cyclone.

The secretary of the Ravana Power Ven. Ittekande Saddhathissa Thero named the use of the name as a foolish decision. He further said the organization would not oppose naming it as 'Prabakaran', the slain leader of the minority Tamil's Liberation Tigers of Tamil Ealam rebel movement which led a three decade war.

Meanwhile, another person called Nimal Weerathunga, a Coordinating Secretary of the Ministry of Youth Affairs and Skills Development, has lodged has written to the Director General of the Met Department demanding a probe regarding proposing the name of the said king to the New Delhi meteorological base.

King Mahasen ruled the country during 277 - 304 AD. He is remembered as a king who built a large number of resevoires including Minneriya weva in Polonnaruwa district. He also helped immensely to the Mahayana Buddhism and built Jethawanaramaya which became the third religious center in Anuradhapura.
at May 13, 2013 No comments: 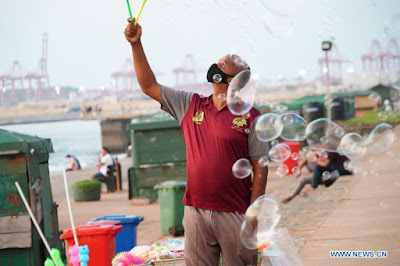