Does illegal re-exportation of pepper from Sri Lanka continue? 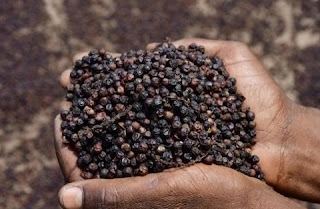 While Sri Lankan pepper cultivators lament about the low price for their crops, Indian pepper growers complain that Vietnam pepper is entering into their market through Sri Lanka. The news from India proves that the business of mixing local pepper with Vietnam products and re-exporting illegally is continuing affecting the local as well as Indian farmers.

Indian magazine website swarajyamag.com reported that Indian growers were complaining that they were hurt by imports of pepper into the country under the SAFTA (South Asian Free Trade Area) and duty-free under ISFTA (Indo-Sri Lanka Free Trade Agreement) from Sri Lanka, besides Nepal.

The report further stated, "growers allege that Vietnam pepper enters India cheaply in the garb of being produced in Sri Lanka or Nepal."

Also, the website said that "growers suspect that the invoice is showing a price higher than what the consignments are contracted at, raising concerns that pepper imports are paving way for hawala trade."

Hawala is an informal method of transferring money without any physical money actually moving.

In December 2019, Sri Lanka prohibited direct re-export and import of spices, including pepper for re-export purposes after minor processing, under the Commercial Hub Regulations in the Finance Act.

Under the SAFTA, imports up to 2,500 tonnes from Sri Lanka to India are duty-free. An 8 percent duty is levied, if imports are above the prescribed limit. However, certain traders are alleged exploiting this route to avoid paying customs duty of 43 percent and imported pepper for re-export purposes, after value addition within 120 days of the purchase.

“Pepper is imported from Vietnam, the world’s biggest pepper producer and those involved in re-exporting it are so powerful that pepper is re-exported as a product of Sri Lankan often bypassing the country,” two years ago, Primary Industries Minister Daya Gamage said. The minister told a media conference that the law enforcement authorities, the finance and industry ministries and the Sri Lanka Customs must check how pepper shipped from Vietnam reached India as a product of Sri Lanka without even a rupee being paid as tax. He admitted though, that pepper could be exported to India with zero tax under the Indo-Sri Lanka Trade Agreement.