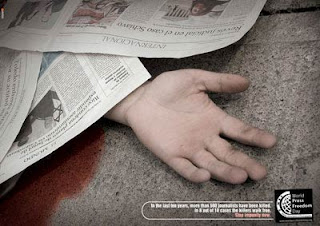 (November 14, Colombo - Lanka Polity)  Frank La Rue, the UN Human Rights Council's special rapporteur on freedom of opinion and expression he is "perplexed" by Sri Lankan government's reluctance to allow him for a fact finding mission despite unofficially agreeing for the visit months ago. He says to BBC that he has been making the request unofficially since March this year and sent an official letter seeking permission to visit Sri Lanka in August or September but for no response from Sri Lankan mission in Geneva.


Sri Lanka government, as well as the defeated Tamil rebel organization LTTE, are accused of curtailing press freedom during the decades of conflict. The government earlier admitted that at least nine journalists had been killed since January 2006.

Journalists for Democracy in Sri Lanka, an organization of self-exiled Sri Lankan journalists say that more than 50 journalists have fled the country in fear of their lives.

Sri Lankan media is under tight control of the government and the media persons say they have imposed self-censor on them in fear of threats.