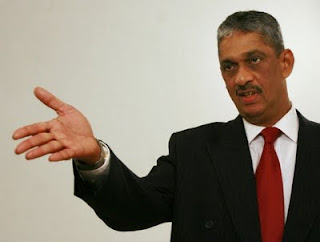 (December 13, Colombo - Lanka Polity) "This is a comment given by General Fonseka and he will come out with many more. We will not comment on what he says."

This was the response of the Army spokesman Brigadier Udaya Nanayakkara to an AFP reporter when the latter asked the Brigadier to comment on the ex-Army Chief General Sarath Fonseka's statement that Defense Secretary Gotabhaya Rajapakse ordered the commander of the army's 58th division, not to accommodate any LTTE (Tiger) leaders attempting to surrender and that they must all be killed.

However, the story has begun to spread in international media as analysts speculate backlash from the UN and other human rights bodies that urge for a probe on war crime charges in the last phase of the war with the Tamil Tigers.

Fonseka's statement is the strongest evidence that has come out so far against Sri Lanka state and officials over war crime charges.

During the war's finale, the United States and other Western nations voiced alarm at Sri Lanka's treatment of non-combatants, along with its internment afterward of some 130,000 Tamil civilians. The U.S. State Department in October released a congressionally mandated report cataloguing accounts of shelling of civilians, killings, child-army recruitment and other abuses during Sri Lanka’s offensive against the separatists this year.