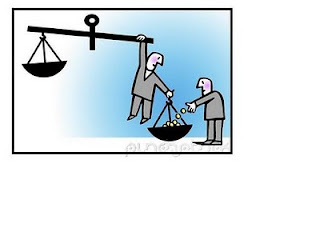 (July 30, 2010, Colombo - Lanka Polity) Indian Supreme Court has rejected the plea for release of four key conspirators in the Rajiv Gandhi assassination case who had claimed that the investigation was flawed as the alleged role of tantrik Chandraswami and 21 others were not probed.

A Bench of justices VS Sirpurkar and Mukundakam Sharma refused to interfere with the Madras high court judgement which had on April 28, 2009, dismissed the petition with a fine of Rs one lakh on the petitioner E Veluchamy, claiming to be a Congress worker.

The petitioner sought release of Nalini, Santhan, Murugan and Arivu on the ground that their conviction was erroneous as the designated court and the Supreme Court did not consider the inquiry and findings of the Justice M C Jain Commission which had recommended further probe into three "crucial aspects" in the conspiracy.

According to counsel K Karuppan, the Jain Commission had in its final recommendations submitted on March 7, 1998, sought further investigations into the alleged role of tantrik Chandraswami, the suspected involvement of foreign intelligence agencies like CIA and Mossad, besides the role of 21 other suspects.

One of the suspects needed for the investigation is former head of head of LTTE procurement section Kumaran Pathmanathan alias K.P. who is now in Sri Lanka government protection supporting to dismantle the international network of his organization.

KP - as he is widely known - made the explosive revelation over telephone from a foreign country six months before a LTTE woman suicide bomber finally killed Gandhi at an election rally near Chennai May 21, 1991.

But KP, in contrast to a section of media reports, is not an accused in the Gandhi case and is not directly linked to the killing. He is merely a suspect in the eyes of the Multi Disciplinary Monitoring Authority (MDMA), which is still probing the larger conspiracy angle related to Gandhi’s killing.

More at : LTTE chief KP knew Rajiv Gandhi was to be killed

The first interview of K.P. following his surrender to the Sri Lanka government has been published in Sinhala nationalist Sri Lankan newspaper The Island since government is in extreme care in handling this sensitive issue.

However, the cabinet spokesman Minister Keheliya Rambukwella said on Thursday that K.P. might be granted a 'general' amnesty and might be made a state witness.

Will it be the same in the case regarding Rajiv Gandhi murder?

Following are the part one of the excerpts of K.P's interview.

Q: Are you confident that the Tamil Diaspora could work with President Mahinda Rajapaksa’s government?

A: President Rajapaksa is genuine in his efforts to settle differences among communities and help re-build war devastated regions in the Northern and Eastern Provinces. Within a year of the conclusion of the war, the majority of the people displaced by the conflict are back at their villages and ex-combatants of the LTTE are undergoing rehabilitation and the international community, too, is supportive of Sri Lanka’s efforts. None of these would have been possible without the political leadership given by President Rajapaksa.

KP said it was essential for the Tamil Diaspora to realise the ground reality in a post-LTTE era and review its strategy to meet the new challenges. He said he had stepped in as he felt there was a leadership vacuum to be filled. Emphasising his determination to go ahead with what he called a tangible action plan, the LTTE veteran said everybody should have come forward and assist in the rebuilding efforts without trying to live in the past. The media should play a positive role in the post-LTTE period and strengthen the ongoing reconciliation efforts. Nothing could be as bad as negative reporting, though no one would dispute the right of the media to cover any issue the way it deemed fit, KP said. However, he said their focus should be on development and peace building efforts such as rebuilding, speedy resettlement of the war displaced and rehabilitation of ex-combatants.

Q: You recently set up an NGO to collect money from the Tamil Diaspora to help the re-building process. Would the Diaspora respond to your move as there were others who claimed to represent the interests of the LTTE?

A: The North-East Rehabilitation and Development Organisation (NERDO) is ready to play a key role in the rehabilitation, reconstruction and resettlement processes. With its main office situated at No 10, 1st Lane, Kathiresu Road, Vairavaputiyankulam, Vavuniya, NERDO is engaged in various activities in support of the Tami speaking people. We are only concerned about the welfare of the people, particularly children, though some seek fresh funding to cause mayhem. People are fed up with war and every effort should be made to alleviate the suffering of the people without playing politics with a purely humanitarian issue. We are appealing for funds - -$1 from each Tamil living abroad on a monthly basis. To facilitate fund raising activity, we recently opened an account at the Vavuniya branch of the Commercial Bank bearing 1610046482 (Code CCEYLKLX). Our e-mail is info@nerdo.lk/www.nerdo.lk.

Q: What was the turning point in the eelam war IV?

A: Multi-pronged Al-Qaeda 9/11 attack on the US changed it all. Within 24 hours, the international community led by Western powers moved against all armed groups causing immense damage to our operations. There are many other factors, but the primary reason is nothing but the rapid rise of Al-Qaeda, which prompted the West to change its attitude. This brought about a drastic change in the attitude of political leaders in the other parts of the world. Circumstances made propagation of separatist sentiments extremely difficult in many parts of the world. Unfortunately, an influential section of the LTTE, including its leader Velupillai Prabhakaran did not realize the urgent need to change its strategy. Had he done that the situation would have been different today. There is a New World Order today, which does not tolerate armed campaigns and that is the hard reality.

Q: Are you satisfied with the progress in resettlement and reconstruction following the conclusion of war in May last year?

A: The situation is much better than I expected. Although, there is lot to be done by way of confidence building, we should appreciate what the government has done since the conclusion of the war. The Tamil community should not solely depend on the government, UN agencies and NGOs for their needs. We have a duty by the people to act swiftly and decisively to bring immediate relief to war affected people. During a recent visit to the North, we had an opportunity to provide immediate assistance to several hundreds of GCE (Advanced Level) students sitting for the forthcoming examination. No one would have believed a common programme involving the Tamil Diaspora and the government was possible, but today we are cooperating with the government and working for the people. We are already receiving requests for assistance from the Tamil community, a case in point being that two school principals recently obtained financial assistance for students who needed to pay for examination papers at term tests.

Now that the war is over, we can go flat out to implement development programmes. Recently, we donated Rs. 500,000 for the provision of buns and tea for the Advanced Level students at the Sundaralingham Tamil Maha Vidyalaya, Vavuniya, sitting for examination in August.

Q: When did you first hear of LTTE leader Velupillai Prabhakaran’s death on the Vanni front? Where were you at the time of the final battle?

A: I was abroad when I first heard of Prabhakaran’s death on May 19. The international press reported the final confrontation, though some continued to dispute the fact. I was Prabhakaran’s best friend and felt sad about the loss of his life. Had he listened to me and reached an agreement with the government before it was too late, the final battle could have been avoided. The LTTE suffered a massive setback on May 10 on the Vanni (east) front, where some 400 experienced cadres perished while trying to break the army lines. Following that tragedy, I discussed with the then political chief Nadesan a way out of the quagmire. But unfortunately they believed the army could be somehow forced to stop the offensive and a deal worked out through a third party. We also talked to various people and organizations, including the UN in a bid to work out some arrangement but nothing happened due to the failure on the part of Prabhakaran to make his move earlier.

Q: When did you first leave Sri Lanka? When did you last visit Sri Lanka before being taken in abroad shortly after the end of war?

A: I fled to India with Prabhakaran in 1980. The military searched for me and arrested me forcing me to think of my future. Intensified military activity demoralized the community. When the pressure was mounting, we took a boat from Valvettiturai and sought refuge in India. At that time crossing the Indo-Lanka maritime boundary was no problem. The then TULF leader A. Amirthalingham introduced me to Prabhakaran in mid 70s, most probably in 1976 and since then we worked together. At that time TELO and the LTTE were the dominant militant groups and they worked with the Jaffna-based political leadership for the eelam project. I studied at Mahajana College, Jaffna but gave up University education to fight for our rights, which we believed were violated by successive governments. But today we are in a unique position to bring about a permanent peace in not only Northern and Eastern Provinces but the entire country.

Following the then Jaffna Mayor Alfred Duraiappah’s killing by Prabhakaran, the decision makers of the politico-militant movement at that time had removed Prabhakaran from the outfit. When he came to me, I was just an Advanced Level student, though I had to accommodate him in my room. There had been moves to kill him by some individuals, including the then TELO leader Thangadurai.