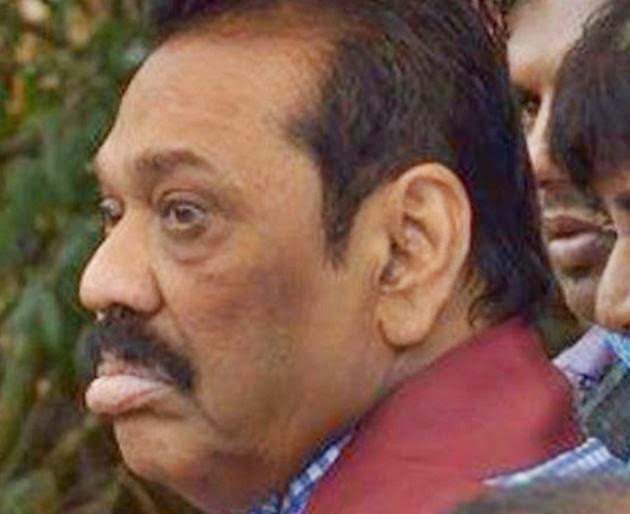 The  Finance Intelligence Unit (FIU) is more than FIU in political terms.

1. Mahinda swindled money burrowed by Sri Lankan people. China helped him for them. Now India helps President Maithripala to trace them back.
2. Sri Lanka government is moving away from China in regard of political allegiance and getting closer to India.
3. With this move, Sri Lanka is embracing the democratic capitalist principles promoted by Western oriented capitalist nations vis-a-vis the Chinese oriented undemocratic, corrupt and totally inhuman practice of capitalism in the guise of socialism.

Following is the report:

President Maithripala Sirisena is moving to fulfill electoral promises to check corruption and repatriate money allegedly siphoned off abroad by Mahinda Rajapaksa, who ruled Sri Lanka for a decade, and members of his family, government sources told ET.

The new Lankan regime has informally approached the Narendra Modi government to assist in setting up the body, sources said, adding that a formal proposal could be expected soon.

The finance ministry will share its best practices with Colombo to set up the unit, which could be modelled after the Indian body, the sources indicated.

"We could help close neighbour Sri Lanka with capacity building exercise regarding FIU," said an official familiar with the process.

India set up the FIU in November 2004 as a national agency to receive, process, analyses and disseminate information related to suspect financial transactions. It coordinates and strengthens efforts of national and international intelligence, investigation and enforcement agencies in pursuing global efforts against money laundering and related crimes, reporting directly to the finance minister. Last November, FIUIndia and its Australian counterpart decided to jointly crack down on international financial crimes.

India could also consider a formal proposal from Colombo seeking the Reserve Bank of India's expertise in tracing money allegedly hoarded in tax havens. The Sirisena government has also sought help from the World Bank and the International Monetary Fund in locating this hidden wealth to expose the alleged corruption of the previous regime. The Sri Lankan government does not possess this expertise, according to Health Minister and cabinet spokesman Rajitha Senaratne.

Relations between New Delhi and Colombo have picked up pace less than a month after the change of guard in the island nation.