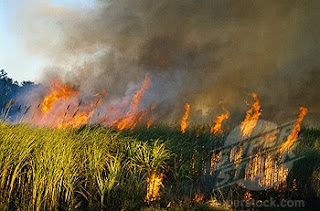 (January 06, 201,  Lanka Polity, Ajith Perakum Jayasinghe) Sri Lanka Board of Investment (BoI) says that British firm Booker Tate is to come to an agreement this month to invest US$ 110 million to establish a sugar factory in Moneragala.

Environmental Impact Assessment is being carried out now, reports say.

Booker Tate, a subsidiary of Tsb Sugar International, will be collaborating with IMS Holdings along with an individual party in Sri Lanka to establish the plant that is to be named as “Bibile Sugar.”

The Cabinet has already approved the allocation of 200 hectares to build the factory and a sugar cane nursery. The company has planned to implement an out grower system.

Sugarcane cultivation may destroy remaining forest cover in the island since sugarcane is a mono-culture which requires land to be dry when the crop matures. Sugar cane is also a crop that is associated with poverty that repeatedly failed in the island.

The proposal of the IMS holdings and Booker Tate sugar project to set up this factory came in 2007. But the government had to take it back due to protests from the environmentalists and social activists.

In 2007, cabinet approved to allocate 20,000 hectares in the Uva region for sugar cultivation and another 3,000 for a seed farm. Two hectares each was to be given to settlers. However, C. W. Jayasekera, Managing Director of IMS Holdings said to The Island newspaper on July 29, 2007 responding to a statement by Prof. Gananatha Obeysekara, "there was no allocation of land of the extent mentioned by Prof. Obeysekera to Booker Tate or any other company. They have requested only 200 ha. of land for the factory site on lease to the project and this land will be leased to the BOI approved Bibile Sugar Industries Limited."

Jayasekera said that he wished to enlighten Prof. Obeysekera and readers with accurate information about the proposed project. The Plantations Ministry has projected that 23,000 ha. of land was the basic area of sugar cultivation necessary to justify the erection of a factory complex of the capacity they are looking at.
Of this land, 3,000 ha. will be allocated to the people in the area for sugar cane growing with guidance and support by the factory to ensure the best cultivation practices.
The valued Nilgala forest reserve is near the area considered for cane. Though assurances have been given that Nilgala would not be touched, the impact of a mono-culture and draining of water from a vast area around it was a severe concern.

Booker Tate created a black mark in Sri Lanka history as it established Pelwatte Sugar Industries - a white elephant that cost the country billions in subsidies and made all Sri Lankans pay more for their sugar.

"Companies like Booker Tate get their money from management fees. In Pelwatte Sugar it put only 10 percent of equity while the government put billions of poor people's money as subsidies. After a while it sold out and left the country, leaving others to hold the baby," said Lanka Business Online in 2007.

Sri Lanka imports 90% of its sugar consumption spending round Rs. 35 billion per annum. But sugar industry of the country is a failure.

Sevenagala and Pelawatta are the only two sugar producing factories operating in Sri Lanka. But Sevenagala is struggling and Pelwatte is running with indirect state support. Pelwatte makes some money from alcohol and is trying to get into other profitable businesses.