Sri Lanka Opposition Samagi Jana Balavegaya MP Champika Ranawaka said that the government of President Gotabaya Rajapaksa had failed to bring the culprits of financial fraud of the Central Bank of Sri Lanka and to investigate the forces behind the Easter Sunday attack.
He alleged the government was not taking action to bring former Governor of Central Bank Arjun Mahendran from Singapore because the fraudsters who had engaged in this kind of theft since 2008 are now partners of the present government.
The opposition MP made these allegations at a press conference held by the People's Opposition today in Colombo
Ranawaka thanked former President Maithripala Sirisena for investigating the incident, arresting the suspects, freezing the accounts of the fraudsters, conducting forensic audit and discussing with Singapore government to bring back Mahendran.
Champika Ranawaka said that the political coup on October 26, 2018 affected the country's security and other sectors due to the disunity created by the coup between President Maithripala Sirisena and Prime Minister Mahinda Rajapaksa.
He accused that the present government is investigating only the negligence of the former President, Secretary to the Ministry of Defense and the Inspector General of Police etc. ignoring the other crucial nodes of the attack.
"But the most important thing is that two leading politicians of the present government reportedly supported Zahran Hashim to escape Kattankudy as police were after him following the violence there in 2017. Such matters are not investigated," Ranawaka accused.
He also demanded the government to investigate the allegations that state intelligence wings had supported National Thawheed Jamaath and intelligence officers going to meet the suicide bomber who conducted the blast at Dehiwala.
Ranawaka said that the government was not investigating the elements who were behind Zahran Hashim because the powerful elements of the present government had personal relationships with them, as reported.
"The government has not done justice to the promises they delivered during election on these two issues and COVID-19 is not relevant to the failure," Champika Ranawaka stressed.
(See the press conference here>>)
at November 15, 2020 No comments: 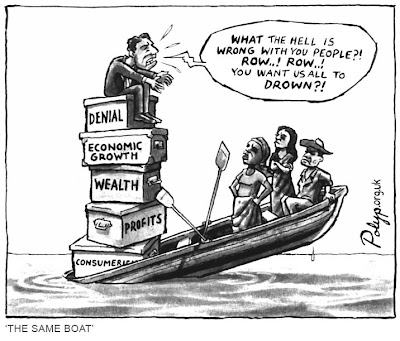 The significance of this move is that the government has moved further in the Basilian doctrine of neo-liberalism and it has appointed top officials of Indian company and and a local agent of a multi national consortium into this committee. This is a move against Mahindian nationalist and national economic policies that frequently denied Indian and Western multi national penetration of local economy.

Reportedly, this has annoyed local business leaders. After all, the two companies Nestle and IOC does nor or negligible very little to change Sri Lanka's performances according to these ratings, they point out.

“As announced in the Central Bank Road Map 2010 and beyond, the Central Bank of Sri Lanka (CBSL) will take the necessary steps to upgrade the country’s sovereign rating from the current B+ (stable)/B(positive) to an investment grade of BBB- or higher over the next four year period,” says the Central Bank.

Central Bank says that towards this end, a carefully designed, forward looking and effective strategy will be implemened with the participation and co-operation of the all stakeholders, country authorities, private sector business leaders, chambers and rating advisors.

Central Bank announces that it has now appointed the following high level Sovereign Rating Committee, which will make regular reviews on the developments of the economy and convey these improvements to the rating agencies through rating advisors to upgrade the country’s rating level.

You may also like to visit our Sinhala Blog W3Lanka
at June 12, 2010 No comments: