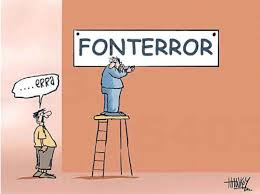 Finding traces of DCD in milk powder created a huge controversy in Sri Lanka and that affected even the dairy farmers in New Zealand that supply milk to the multi national Fonterra, the world's largest dairy exporter,.

From Sri Lanka's part, as the consumer, we do not essentially need to accept whatever they sent to us. We have the right to question what they are giving us and it is not a bad idea to maintain a warning that they have to take us serious as stakeholders and highly regard the quality of their products. .

A spokesman of Sri Lanka Ministry of Health said yesterday that seven batches of milk food imports that were held in the Colombo port would be released to the market since tests proved they are negative for DCD.

After the ITI found that two batches of Fonterra's anchor brand milk powder contained traces of DCD in the samples, the Health Ministry banned the sale, distribution and promotion of imported milk powder until further notice.

Fonterra was questioning the country's technical capacity to test for DCD.  New Zealand depends on the dairy industry for a quarter of its total exports.

The real international controversy over Fonterra was related not to DCD but to  botulism-causing bacteria. The contamination announced earlier this month has led to product recalls in countries from China to Saudi Arabia. Fonterra has come under attack at home and abroad for dragging its feet in disclosing the discovery of the bacteria.
at August 20, 2013 No comments: